The book focuses on Phil Jackson’s life with basketball and spiritual information from his time as a child until the 4th NBA championship with the Chicago Bulls. He grew up with religious parents. His mother made him memorize scripture and keep his head full because an idle mind was not good. Phil would do it but it wasn’t fulfilling to him. It was on the basketball court that he was free. As a player, he did well and played professionally for the Knicks. As he developed as a person he would read many types of books and mentioned quotes or lessons from various books. Spiritually he became adamant on zen and the idea of meditation. Being in the moment was special. Whether it was coaching or having his team play basketball being in the moment was critical. He took up coaching in an NBA developmental league and his focus was on creating a team that would play together. It was not easy as players would try to stand out, hoping to land a big time NBA contract. One thing he did was have equal pay amongst the players. This worked until a player did well and the owners felt obligated to pay him more. He had some success winning a championship. He also had some experience coaching in a summer league in Puerto Rico. The environment there helped him develop an ability to stay calm and deal with intense surroundings. He was able to get an assistant coaching job with the Bulls just as he was considering walking away from the game. As an assistant, he was able to meet Tex Winter the architect of the triangle offense he would later implement. It was a great chance to see how the players reacted to the more disciplined head coach and learn more about the technical side of the game. The Triangle offense involves all 5 players reading the defense and making the correct decision and movement at the same time. This allows it to be successful against a variety of defenses but only if the team worked together as one unit. Phil noticed the Bulls had trouble on offense watching Jordan do his amazing plays but that meant others became stationary and bored. Once he became Head Coach, Phil spoke with Jordan and got him on board with team play for success. Phil had a more unique way of getting playing time to each player. He would have to 5 player shifts and would substitute them at appropriate times. With the other players, he would integrate them at various times so they would know they were part of the team still and had an important role. The most enjoyable part about coaching is being a part of the game. The competition itself or “the dance” is a special moment. When he is fully engaged in the moment of the game it feels great. Throughout the book he places quotes or anecdotes from books or stories he has come across that has helped shaped the method of his coaching. Similar to this was splicing in movie clips into game film to help drive home a point and create less tension for the film session.

Impactful on multiple levels. Something big with my focus is being in the moment. This singular item is highlighted throughout this book. Additionally Phil’s desire to continuously learn and from a variety of sources. As you continue to learn and grow as an individual you can apply those things to other areas of your life. Common themes within coaching, knowing the material, being able to communicate it, having conviction, and reflection is all present. Emphasizing the concepts that are seen across many good coaches. Spending time working on these things away from the sport will make it natural to use during the action. Particular to me, watching Phil years ago coach the Lakers to multiple championships, he did not always call timeouts or substitute with other coaches would. At the time it seemed odd yet now reading the book from before those years, it illustrates the well thought out reasoning behind those actions. Find something you love, develop yourself and live in the moment is the key take home message to me.

Check out more books summaries here. Share with us books you have read lately and the impact they have had on you. Email us at rawrnonprofit@gmail.com 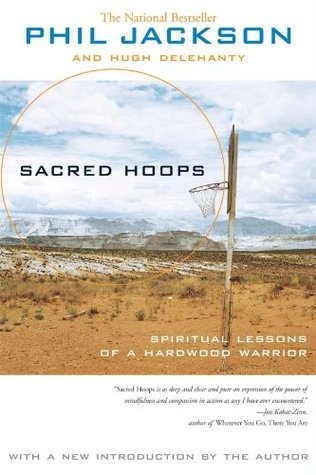